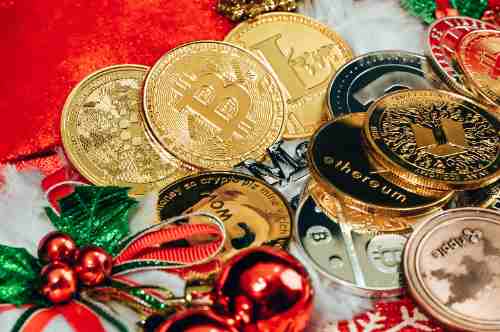 The holiday season saw relatively stable trading for Bitcoin, which held steady at around the $16,900 mark throughout the Christmas weekend. In contrast, other major cryptocurrencies experienced mostly flat growth, with a slight lean toward positive gains.

Ethereum, the second largest cryptocurrency by market capitalization, remained at just over $1,200, while XRP, the token of open-source, public blockchain Ledger XRP, saw the biggest increase among the top cryptos, rising 5.4% to over 36 cents. The decentralized blockchain platform Cardano’s ADA and layer 2 platform Polygon’s MATIC both saw growth of over 2%.

As the end of the year approaches, it’s worth looking back at some of the most notable stories and developments in the cryptocurrency world in 2021. One column from CoinDesk’s David Z. Morris argued that the challenges and setbacks the industry has faced may ultimately lead to a culling of careless speculation and a refocus on “good deals and ideas.”

This cautious approach is understandable given the volatile nature of the cryptocurrency market, which has been plagued by macroeconomic uncertainties throughout the year. However, it’s important to note that these uncertainties are not unique to the crypto world and are present in traditional financial markets as well. In fact, the U.S. stock market has seen its own share of ups and downs in 2021, with the S&P 500 declining for three consecutive weeks despite an uptick in consumer optimism as measured by the University of Michigan’s latest survey.

In crypto-specific news, a winter storm caused a drop in Bitcoin mining activity over the weekend, with the hashrate falling 40% from Dec. 21 to Dec. 24, according to data from BTC.com. The hashrate, a measure of computing power on the blockchain, returned to around 250 exahash per second as of Sunday. While the temporary drop in mining activity may have had some impact on the market, it’s worth noting that the Bitcoin network is designed to be highly resilient and has weathered similar disruptions in the past.

There was some positive news for the mining industry, as a bankruptcy loan of $37.5 million was approved for Core Scientific, one of the world’s largest miners by computing power.

Despite the challenges, the agreement has sparked investor confidence and a potential rally in crypto miner shares. As Oanda’s senior market analyst Edward Moya pointed out, “The crypto miner shares are poised to rally which shows you that investors believe in the restructuring support agreement and are still willing to invest in some of the distressed parts of the crypto-verse.”

Overall, the holiday season has been relatively quiet for the cryptocurrency market, with Bitcoin holding steady and most other major cryptos experiencing flat or modest growth. As we move into the final week of the year, it’s worth keeping an eye on the industry and reflecting on the lessons learned in 2021.

While there have been many challenges and setbacks, the crypto world has also seen its share of successes and innovations. As investors become more selective and focused on projects with real value and potential, it’s likely that we’ll see even more promising developments in the coming year.

The Next Wave of Blockchain Innovation: What to Expect in 2023