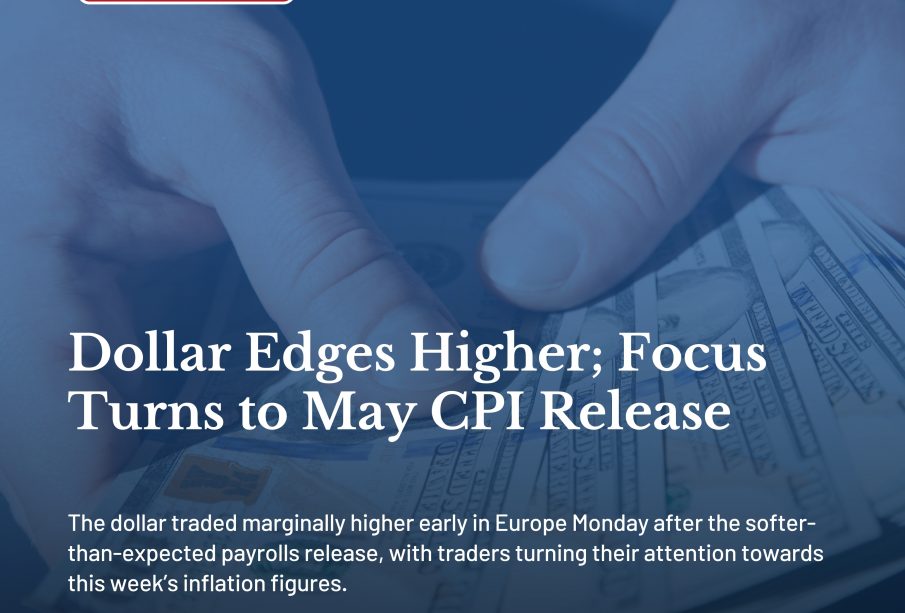 The dollar traded marginally higher early in Europe Monday after the softer-than-expected payrolls release, with traders turning their attention towards this week’s inflation figures.
At 2:55 AM ET (0755 GMT), the Dollar Index, which tracks the greenback against a basket of six other currencies, was up less than 0.1% at 90.180, remaining in a narrow range it has kept for several weeks.
EUR/USD traded less than 0.1% lower at 1.2163, but still above the three-week low of 1.2104 it had struck on Friday, while USD/JPY edged higher to 109.50. GBP/USD fell 0.1% to 1.4140 and the risk-sensitive AUD/USD was marginally lower at 0.7734.
Friday’s U.S. nonfarm payrolls release showed an increase of 559,000 last month after a revised 278,000 gain in April, a touch below the 650,000 expected.
While this still indicates a robust recovery in the U.S. labor market, the fact that the number missed expectations is likely to cool the pressure on the Federal Reserve to rein in its ultra-easy monetary policies, providing the central bank an excuse to defer the tapering debate a little longer.
Attention will now switch to the second component of the Fed’s dual mandate, with Thursday’s CPI release one of the last major pieces of economic data ahead of the next Fed meeting on June 15-16.
Expectations are running high that inflation will continue to press higher, with the May CPI number expected to climb to 4.7% on the year, a further leap higher from April’s 4.2% shock.
“The fate of EURUSD will depend a whole lot on how the Fed reacts to the summer of inflation as it could easily undermine the USD if the Fed allows USD real rates to plummet even further,” said analysts at Nordea, in a note.
The European Central Bank is also scheduled to meet on Thursday to decide whether to adjust the pace of its bond buying program, while also releasing its updated growth forecasts for 2021 and 2022.
“While the Governing Council remains divided, the majority is likely to support a decision to continue buying bonds at close to the current pace, as the recovery is not yet on a solid footing,” Nordea added.
Elsewhere, USD/CNY rose 0.1% to 6.4006, after the release of China’s May trade data.