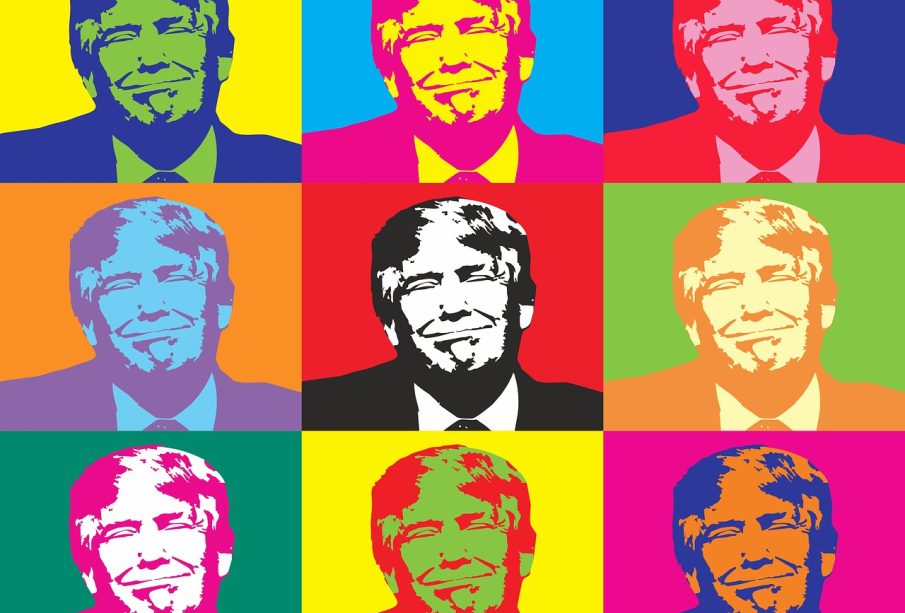 OpenSea website showed all non-fungible tokens featuring Trump as an astronaut, superhero and various other avatars sold out after a day of going live for sale bringing in a $4.5 million jackpot.

Donald Trump posted on Truth Social, a site he founded to extend his outreach to the public after being barred from Twitter, “A MAJOR ANNOUNCEMENT” making people expect some wild strategy to fire up his future campaigns for presidential elections but for the dismal of readers there was nothing like that.

The hyped announcement was Trump’s declaration of stepping into the NFTs world and launching his own digital trading cards featuring himself in different roles. The former president priced each card for $99 each and staged a collection of 45000 Trump NFTs on polygon blockchain to be bought in bucks as well as ETH.

It displays a video of cartoonish superman Trump shooting laser from his eyes and declaring himself the favourite president of the U.S. and a candidate for the 2024 elections. The Trump-themed NFTs are not awe-inspiring digital art but rather cartoon graphics that can be easily reproduced by anyone.

The digital trading card is priced at a hefty amount of $99 each and gives its buyers a chance to win drinks at Miami, zoom calls, golf games and meetings with Trump and all of these are called ‘amazing prizes’ by Trump himself. The site CollectTrumpCards.com displays are promising promotional offer of getting a ticket to a Gala dinner with Trump in South Florida on purchasing 45 NFTs at once.

After the 45000 NFTs collection was sold out at CollectTrumpCards.com for $4.5, the users flocked to OpenSea for trading Tump-themed cards for as low as $1200 and 10% royalty from every sale goes to Clark Mitchell, the artist.

Mocked harshly for his act of  NFT campaign – social media suspects that all these dollars from NFTs sales will be utilised in Trump’s political campaigns. But the official NFT site reads that the NFT launch of Donald Trump has nothing to do with politics or his public acceptance. Neither Trump nor any of his associates control, or manage the NFT INC LLC, the site stated. Where the money goes is still to be uncovered.

A report by Bloomerang back in February showed the sale of Melania Trump’s art at $180,000 depicting the family’s involvement in digital art creation and sales.

The $4.5 million windfall came as a huge surprise after strong criticism and resentment from politicians, the media and the public. Steve Bannon- former Trump advisor- was not coming slow and was determined to fire from post any officer who supported this absurd Trump NFTs popularity strategem.

Even Anthime Gionet didn’t hesitate to throw hate on Trump NFT through his Twitter account, “I wanted to make America great again but all I got was this sh—- nft,” he tweeted against Trump.

Sanctions on Russian whilst wilting economy: EU is between a rock and ...