US Dollar on the Move: How EUR/USD, GBP/USD, and USD/CAD are Reacting 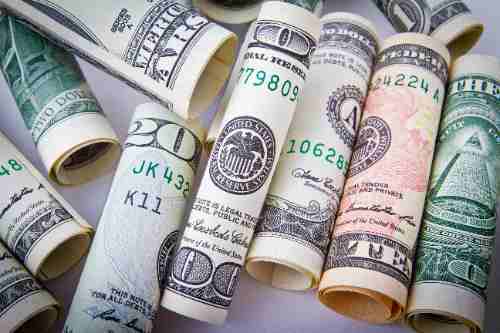 The US Dollar has managed to hold its ground for the past two weeks, which could be seen as a positive for bulls. In the last quarter of the year, the US Dollar experienced a steep sell-off after a strong rally in the first three quarters. However, it’s important to note that this was not solely a US Dollar story.

The currency declines in the UK and Europe, which make up a significant portion of the DXY basket, also played a role. Inflation in Europe and the UK has surpassed 10%, while the European Central Bank and the Bank of England have been slow to respond. This has led to market punishment of their currencies, and when combined with higher rates in the US, has caused rapid bearish movement in EUR/USD and GBP/USD.

The US Dollar hit its peak in September of 2022, the same morning that the British Pound experienced a significant drop. This was due to political turmoil in the UK sparked by the unveiling of a budget. However, as markets calmed and GBP/USD recovered, the USD also rebounded and this led to a similar recovery in EUR/USD, aided by the ECB finally starting to implement rate hikes.

The US Dollar has found support at the 103.82 level, which was the swing high in 2017. This price provided resistance when the DXY was breaking out in April, before serving as support in June just before the USD reached a 20-year high. This level has come back into focus in the past couple of weeks, following a CPI print that triggered a reversal in stocks. The dollar has since returned to this price to test the lows on multiple occasions.

From a long-term perspective, this pullback appears to be a correction in a larger bullish trend. This is supported by the 23.6% Fibonacci retracement of the major move from 2008 to 2022, as well as a bullish trendline projection based on swing lows in 2021 and 2022. The prior swing high from 2017 at 103.82 also supports this view.

EUR/USD makes up 57.6% of the DXY, so it will be difficult for the US Dollar to make any significant moves without the Euro. In 2022, the steep decline in the Euro was a major factor in the spike in the USD. The lack of support at the parity handle also contributed to the lows, although this only provided temporary buffer before giving way to sellers.

A low was finally reached in September around the .9594 level, which was a swing high turned support from 2001. The bounce that occurred in November and December came from deeply oversold conditions on a long-term basis. At this point, resistance has held at a prior support level around 1.0750, raising questions about whether the pullback has come to an end.

The British Pound entered Q4 on unstable footing. The currency experienced a sharp drop in September, and Q4 was mainly a period of recovery. In less than three months, GBP/USD erased more than 50% of the sell-off that began in April.

The currency found support at the 1.20 figure, which was a prior resistance level and the 38.2% Fibonacci retracement of the 2021-2022 major move. This level held until the end of November, when GBP/USD broke through to the upside and has been in a holding pattern around the 1.30 handle ever since.

It’s worth noting that both EUR/USD and GBP/USD have faced resistance at prior support levels, which raises questions about the potential continuation of the bullish trends that emerged in Q4. The flexibility of the FOMC may also be a factor to consider, as the ECB and BoE may not have as much

The Next Wave of Blockchain Innovation: What to Expect in 2023